Harvest Praise 2015 couldn’t have been better 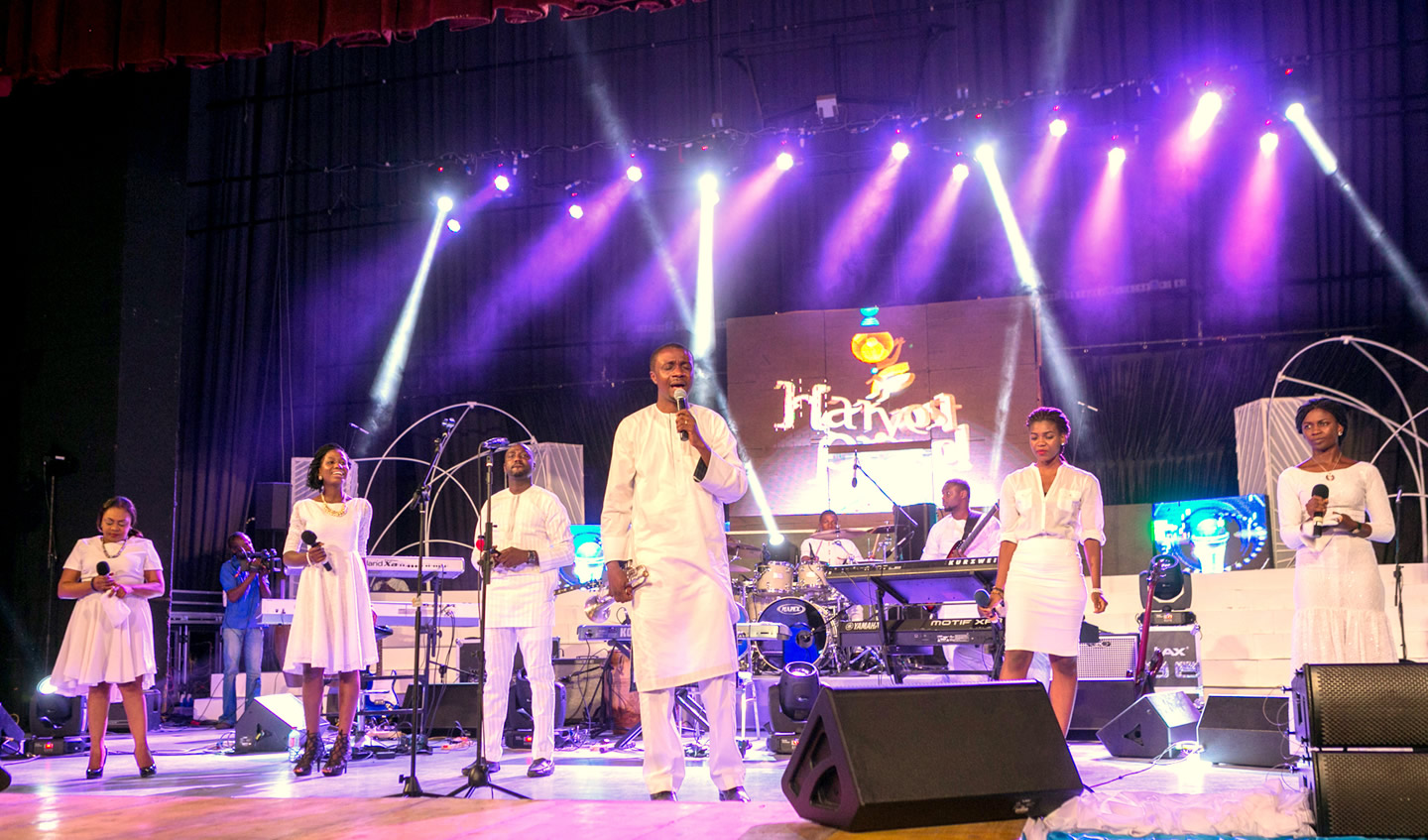 Patrons at this year?s Harvest Praise concert held on Friday, April 3, 2015 at the Accra International Conference Centre were full of praise as they uplifted the name of God high through song ministrations.

The 17th edition of this year?s musical concert themed ?Get Your Power On? was successful as two top international artistes steered the show with their unique style and angelic performances.

The annual musical concert had a massive turnout and the audience was excited with the thrilling performances from the artistes.

The show began on time with performances from the Winneba youth choir and Kakra Nartey who gave sweet melodies about the crucifixion of Jesus Christ.

Right after their perfect delivery, Harvest Theater drama group gave a splendid drama performance titled ?Life After Death? which was inspired by the story of Lazarus in the Bible.

The Harvest Gospel Choir thrilled attendees with the rendition of ?God my Savior? and ?Power in the Name of Jesus? by American gospel singer, Tasha Cobbs, sweeping a lot of people off their feet.

This year?s edition had a different style as Nigerian gospel artiste, Nathaniel Bassey exploded as usual with his astounding performance of his popular worship song, ?Immela? among other hits from his music collection. His peculiar and soulful trumpeting set the atmosphere into a mood of worship.

After ministration by the president of Harvest International Ministry, Mr. Fritz Odonkor, another Nigerian artiste, Uche was ushered in to perform his English and traditional gospel songs which got everyone off their seats.

The annual Harvest Praise event is the brainchild of Harvest International Ministries, used as a contemporary evangelical tool to extend the gospel, the love and healing grace of God.

The 2015 Harvest Praise was an awesome and eventful moment which will go down in the history of the show as the best ever held throughout the years.